To find this mob in-game, use BACKSPACE to open the World Search window, then enter Yuri in the Search field and click "Search". Remember, the field is case-sensitive and must be entered exactly as shown.

This mob is a member of the group collectively known as Blackblood Merchants.

Amulet of Light. For this reason, we discourage listing them in the Known Drops section. See Common Drop Table for more information. Exception: All mobs always drop the same Production Rune and we will list it. Also see Silverspring (Zone Loot Table) for more information about common drops in this zone.

Card - Yuri, that can be earned by killing it and looting the corpse. You can right-click the card to copy it into your Monster Compendium.

The Blackblood Merchant Account Book is automatically placed in your inventory when you kill Yuri and Scheming Yuri is active. 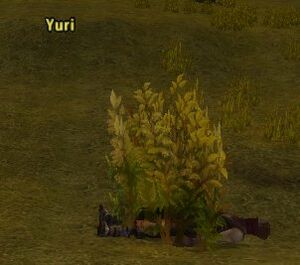