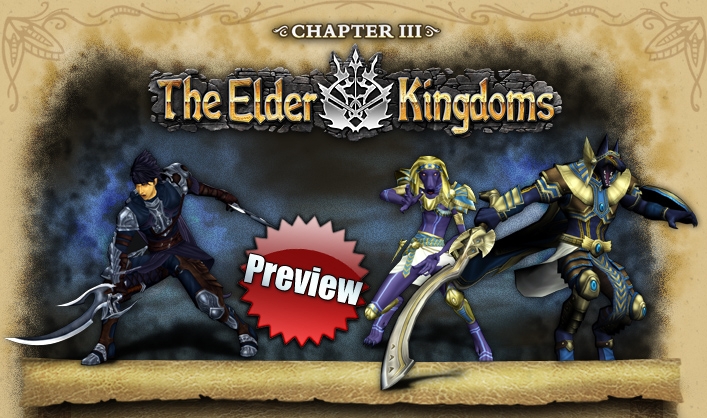 The old kingdom of Dalanis is in chaos and uproar and plots are being laid for the child king Callaway’s throne. Little is left of the former splendour of the days of the legendary King Kalume and, amidst the confusion, the people yearn for the return of the old heroes.
Dalanis once was a small kingdom, existing in peaceful coexistence with its neighbors on the continent. When the great King Kalume rose to power he united all the lands and was the founding father of a flourishing Kingdom known by the name of "Dalanis". When the last king Motwas died, his son Callaway was forced to succeed him at the age of 14. However when the king died, the rulers of the several provinces saw their chance to become supreme leader of the "Zavill Lands" as the continent is called now.

Marauding knights in the service of rival princes now form part of the plains of the immense Thunderhoof Hills, named after Kalume’s powerful hoards of horsemen with whom the glorious King once defeated the demons. With the help of Lance, his loyal general, commandant of the Lionheart Guard, and protector of the royal family of Dalanis, the child king Callaway is trying to maintain the sensitive balance between the princedoms and to unite his sprawling kingdom once again.

Will the progeny of the legendary heroes who once aided Kalume in the battle against the demons decide to stand by the child king? Will one of the many different peoples in Zandorya attempt to seize power and overthrow the young Callaway? 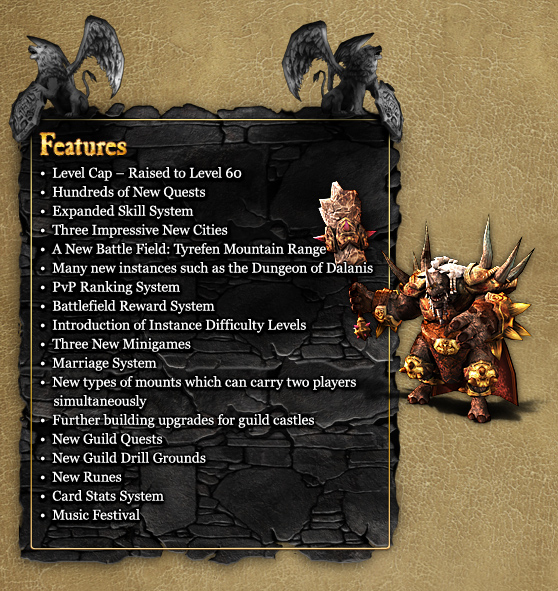 The new continent will be bigger than any existing zone so far. We are looking at a size of multiple zones.
The new continent will be one big zone with different areas. The themes of the certain areas varies from the mountainous north where according to legend an ancient race once erected a huge underground empire to the southern plains, with their frugal and mild climate. There lies the kingdom of Dalanis. In the west the players will find the Janost forest.

In the south of Zandorya lie the verdant Thunderhoof Hills which are surrounded by an imposing mountain range. The region is characterized by its green meadows, rushing waterfalls and wild rivers. Several settlements are nestled in this picturesque landscape as well as the Valley of Glory where mammoth effigies of ancient war heroes rise up to the sky as reminders of past glorious battles. These were the battles in which the legendary King Kalume and his mounted allies once fought against demons and after whom the region was named. Kalume recruited elves, dwarves and other creatures alongside humans such as the rhinoceros-like Kalo people. In recognition of their support Kalume divided up the land amongst these peoples so that the land of Thunderhoof Hills is still diversely populated today.

Chapter III - The Elder Kingdoms is scheduled to be released in May 2010.