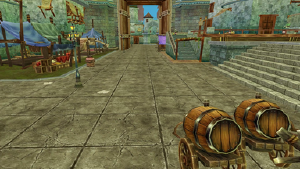 On a small offshore island lies the Kingdom of Lechif, a large city with a newly reopened weapons market. However, the demon Sismond has recently occupied Sardo Castle and now reigns over the land from this bastion of terror.— from us.runesofmagic.gameforge.com

) and Obsidian Stronghold Mercenary Square, talk to the Hajiker Mashes [Envoy from Dalanis] to be teleported to Dalanis Old City District for free, run to the Snoop Portal and travel to Torag Caravan (9,000

The Janost Cypress Wood nodes in this zone will tend to be found at the base of trees, as normal, but often with two nodes instead of one. Do not get too excited, as the regular number of harvests for each of the two is 2-3, not the expected 6. When found one at a time, you will usually get the normal 6 resources.

Recipes purchasable in this zone are all in the 66 to 70 range, with some merchants only selling part of the available recipes.