From Runes of Magic Wiki
(Redirected from Production Runes)
Jump to: navigation, search 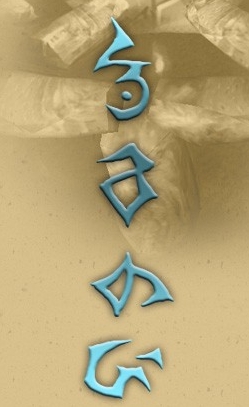 The combination of these mysterious characters, which were created by the god Ayvenas, manifested the world Taborea.


All powers that are at the disposal of its inhabitants are directly or indirectly linked to the runes.
In other words: someone who trains for years with steadfast conviction and ironclad will to internalize their use will gain immense powers.
But the knowledge necessary for complete world domination is almost infinite.


Each of the ancient relics harbors unique powers, which can be combined into even mightier effects.
By forming sentences, paragraphs and whole chapters out of runic letters a person can obtain the ability to either create life or the absolute void.


Thanks to the ancient kingdom‘s deep understanding of the rune‘s enormous powers, they were able to control and to use them for their own purposes.
But as the magnificent walls started to crumble and the realms were facing destruction, the pure knowledge about the runes was almost completely lost.


Nowadays humans only have a scant understanding if at all, but tiny progress already yielded varied magical systems.
By loudly evoking certain rune combination a magician for example is able to influence the elements and use them for his inner motifs like destruction or creation.


On the outside rune stones look like normal rocks, engraved with a single symbol.
Countless numbers of these objects exist, all of them originating from the indivisible basic element of a single rune.


A rune stone is the crystallized manifestation of the corresponding rune symbolizing its essence.
After incorporating them into an object, they can grant special attributes and great might.


But their utilization resembles fire: although humans can learn how to apply it, they can not turn it into water.
In other words: If the evoked powers of a rune stone are accompanied by undesired side effects, you better brace yourself to live with them.

There are three basic types or categories of runes in Runes of Magic.

Enhancement runes may be created using the Arcane Transmutor by following the Rune Transmutation guide.

Bags of 100 Production Runes can be purchased from the Item Shop.