The Mystic Altar is situated on the summit of Snowhorn which is the centre of religion and thought for the Minotaurs. Inside are carvings which apparently look similar to demons. But in fact this is about the history of the creation of the Minotaurs. Some adventurers managed to sneak inside and understood this as a sign for demon worship, and so the rumour spread that the Minotaurs are an evil race which has degenerated into demon worship.

It can be said that the Mystic Altar is the essence of the Minotaur culture. The Minotaurs are very proud of their culture and say that the altar is a holy place which outsiders are not allowed to enter under any circumstances. So they guard it extraordinarily fiercely.

But all the rumours about the Minotaurs do somehow mention it: “And now this-and-that item lies hidden in the Mystic Altar and is guarded closely by the dark warriors”. So many adventurers have already died in the Mystic Altar, trying to uncover the secrets of these legends.

First, go into the room on your left handside and turn the statue by clicking on it. Then walk back and go down. Head right and go up. Clear mobs, and clear the room. Walk to the end of the room and click on the waterbucket. It will now spawn around 10 ice witches. This is the first boss. Kill the ice witches and some of them drop some loot. They have high magical attack. Let everyone in your party take the water, so you can skip this part the next time.

Go back to the middle, and take the entrance right of the water entrance. Once again clear rooms, and walk to the end. Let someone with the water hit the Brazier. It'll now spawn 0-9 mobs. Kill them and you have a possible chance on loot. They have quite low damage and die easy so nothing to worry about.

Ancient Mementos in this dungeon.


Strategy:
Last boss, head back to where you killed Razeela and go left, hug wall, make sure you don't pull anything because they are chained. Which means you'll pull the whole room.

Take the entrance on your left handside and kill all rooms till you see small beetles and 2 big dogs. Carefully pull them because there's a boss behind them. After you killed those go for boss. It has a strong damage and most of all, he has a very nasty AoE Knockdown effect. It not just knock you down but it does quite amount of damage as well. So suggested is, range only except for the tank. For the rest, tank and spank. 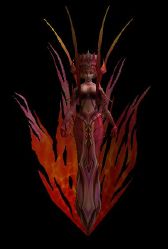 Strategy:
Go back to the statue, you'll now see an opened hallway without fire. Go trough. You can do 2 things now. Clear the room, or hug left wall and walk behind Razeela (This is adviced). Kill the mobs behind her and then go for the boss. It drains life from you, but it's not like it goes down 2000 HP per second. Easy healable. It also has AoE. At around 0-10% it says Sing of Life Glories Silence her and kill her as soon as possible then or she heals back to 40%.

Strategy:
Head down the hallway clear room or walk trough. Go down and you'll see adds coming up. They'll stand in formation. Just kill them 1 by 1. Kill them all except the last one. The last one will aggro the boss as well.So re-gain mana and HP after you killed all the adds and then kill the last add. As soon you killed the add, go for boss. This boss AoE's (Nasty AoE) and spawns around 8 adds. Leave 1 add alive or he spawns them again (So healer have to tank 1 add). At 50% he teleports you all the time. Closer to him. So take distance fast again because he might AoE. After that he starts using fear. So you need a good healer and a good tank, bu he's doable. 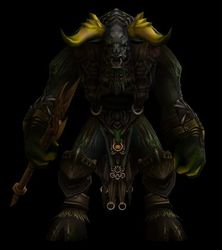 
Strategy:
Alright, head left and go trough the hallway. Clear rooms. If anyone has the quest of Aukuda, then he's there, if not kill Dorlos 1st and then come back and he's there.

Aukuda is probably the nastiest boss of Mystic Altar. It has high damage, it random charges people, it can fear and stun. Charges can be interrupted if your tank is fast enough to charge him before he charges someone else. When he charged someone. He'll do some AoE skill so run away if he charges. You need a good tank and healer for this because he has high damage.

If you want quick runs, then skip the last Boss.