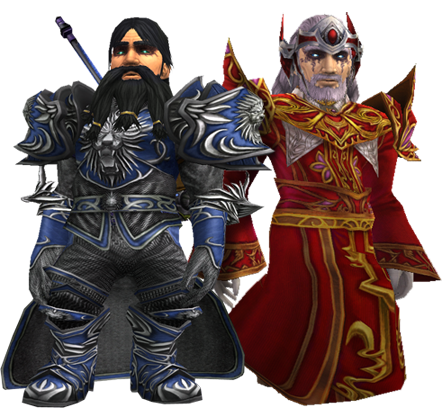 From the depths of their cavern fortress, the Dwarves have returned to reclaim their position of honour in Taborea. Research with dark runic magic has imbued them with enormous spiritual strength, which, combined with their ability to forge war machines of unprecedented might, makes them the new lords of the battlefield.

Let yourself be swept away by the unbelievable combination of magic and strength, and become one of these indomitable warriors who strike fear into the hearts of their opponents. As a dwarf, the Champion and Warlock are available exclusively to you, along with four previously existing classes. Adventure awaits you in Yrvandis Hollows, the Dwarf starting area.

However, you will be unable to become a

Knight, which is only available to the Human, and are unable to become a

Warden, which are only available to the Elf. You are also unable to become a

Scout, which both Elf and Human can be.

Dwarves, like Elves, have an advantage in starting new classes. They can level in Yrvandis Hollows, so they get an extra 1-15 zone.

Dwarves have their own Elite Skills Master in Morfantas City and only he can train them in these advanced skills. All Training Certificates will need to be obtained from an