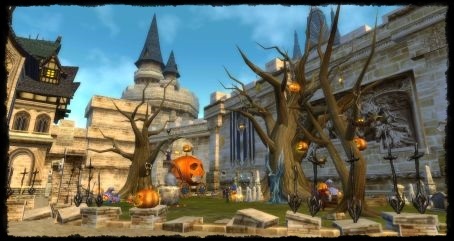 Between October 25th and November 7th

Coin of Wind (7 Days) will drop from all mobs in Ancient Dreamland, Moorlands of Farsitan, Korris, and Ice Blade Plateau. Take the coins to Varanas Central Plaza (channel 1 only) and trade 40 to 100 of them at a time to Owenstein, Hilary, Frank, or Eve.

During this month the RoM Team is sending Trick or Treat gifts to all via in-game mail each day. Here are some of the items that have been mailed out. You will get a gift ONLY on the first character (for each account) logged in each day. Here is a list of the things that were received during the 2015 through 2019 events:

You must be under the influence of a Transformation Potion and register with the Monster Parade Organizer to participate! He will give you a Ic Monster Parade Map.

At the end, back at Varanas Gates, IF you got all 8 check-ins you can exchange your completely filled out Ic Monster Parade Map for a 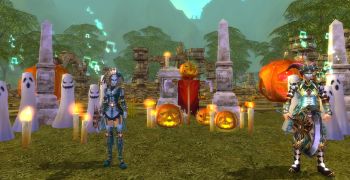 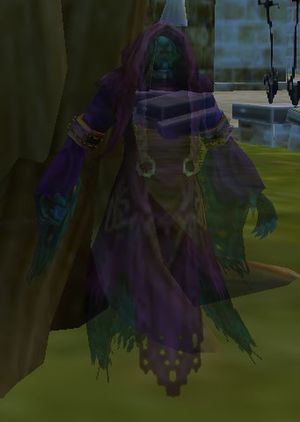 Suspicious-looking Powder x10 for a

High Quality Candy) from the Highlander Family in Varanas Lower City East. She tells you to find her sister, Little Annie, and sends you to Varanas Central Plaza (event area) (Little Annie's only purpose is quick transportation from Varanas Lower City West to Varanas Central Plaza). Find Little Anna and hail her. She regardds this as "trick or treat" and takes one piece of candy from you, giving you one of the following:

When the main timer expires, or if you die and must resurrect, you are ejected back to Varanas Central Plaza.